The cart is empty

The Legacy of the Bolshevik Revolution 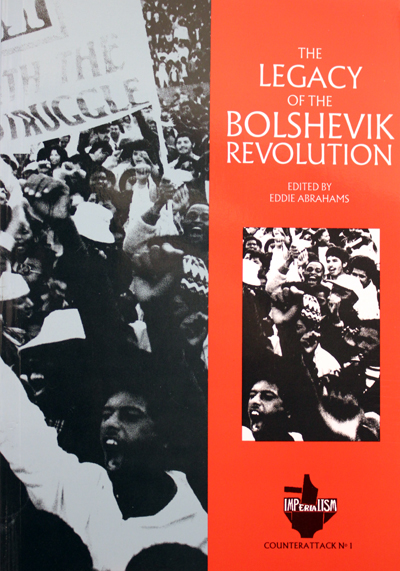 'This polemical and incisive work offers even those who don't specialise in the subject matter a valuable text for reflecting upon the ideological issues of the day.'

In 1917 the Russian Bolsheviks seixed power and founded the world's first socialist state. That state grew into a union of states, the USSR, and survived against all the odds for 74 years. This book brings together a collection of articles which examine the legacy of the Bolshevik Revolution.

The collapse of the socialist bloc in Eastern Europe and the USSR was welcomed in the name of 'democracy' and 'reform'. In contrast, this book reveals the bitter reality of the new capitalism which is savaging these countries, making millions unemployed, destroying entire welfare systems, putting an end to free education, health care and cheap housing which were taken for granted under the previous regime.

The Legacy of the Bolshevik Revolution looks to the future with an examination of the current situation in Cuba. Here, despite a massive economic and political assault by the USA and in the face of increasing hardship since the collapse of Soviet trade, socialism survives and attempts to meet the basic needs of the people, in strong contrast to the poverty and oppression which prevails in the majority of Latin American and other Third World countries.